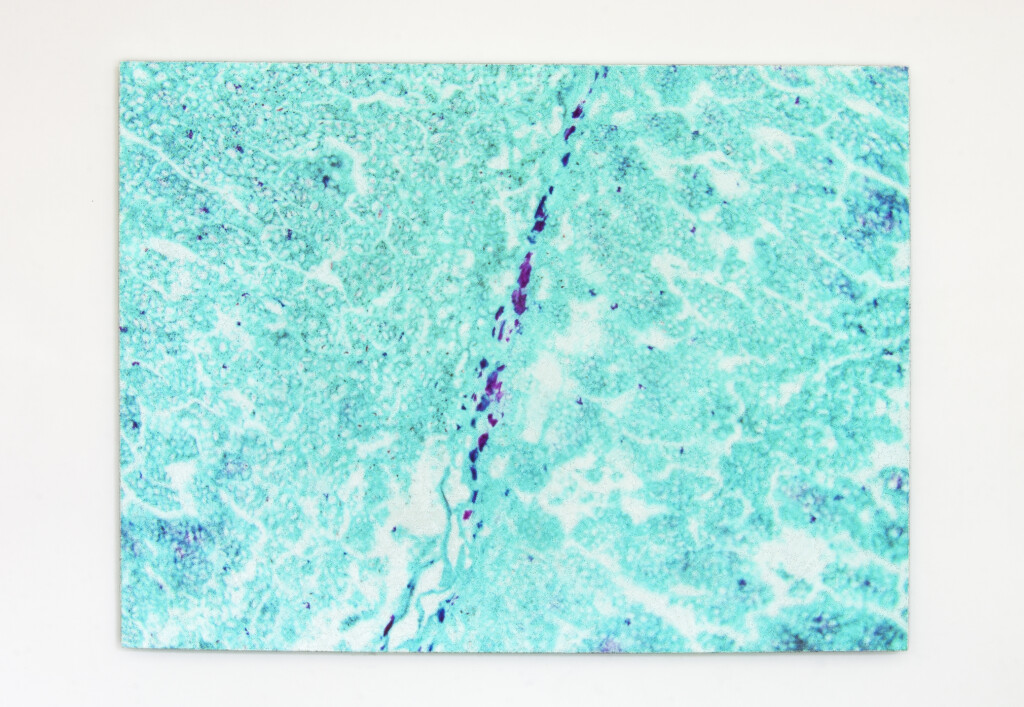 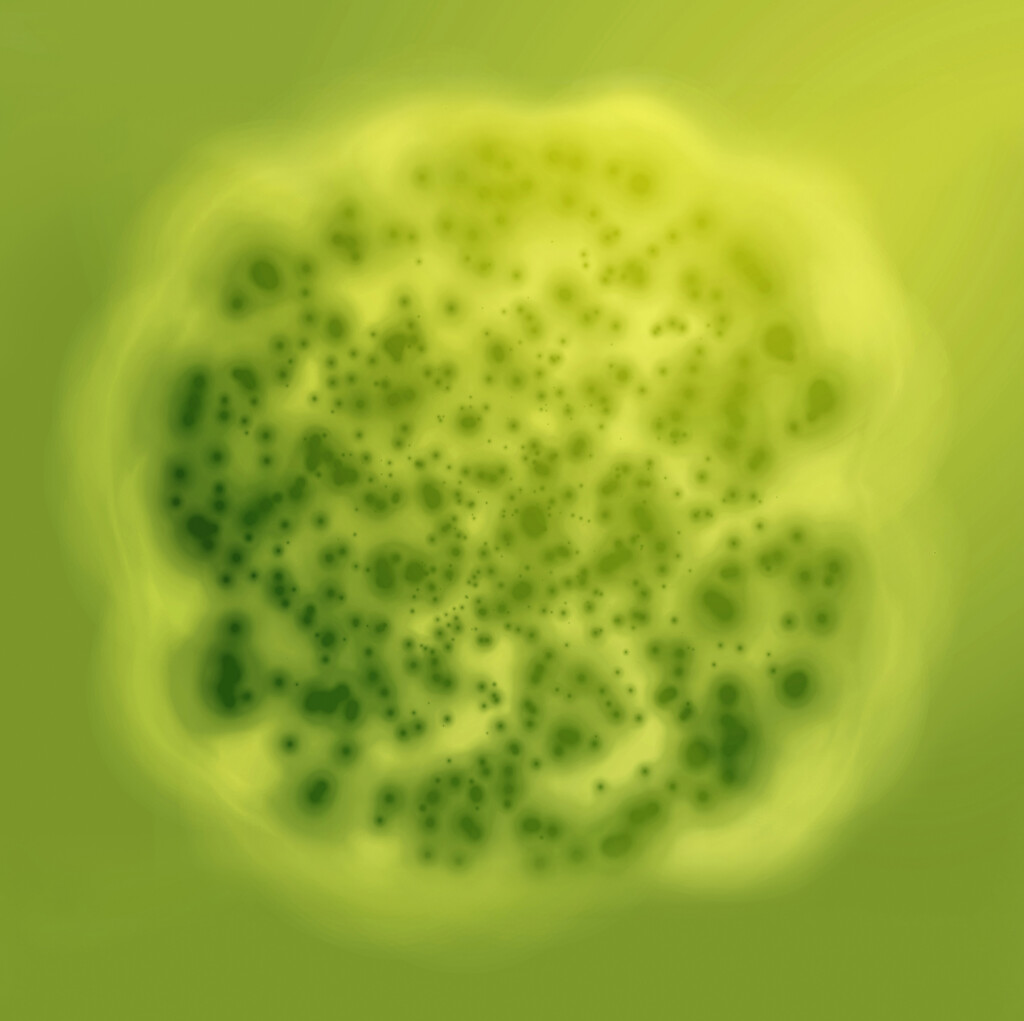 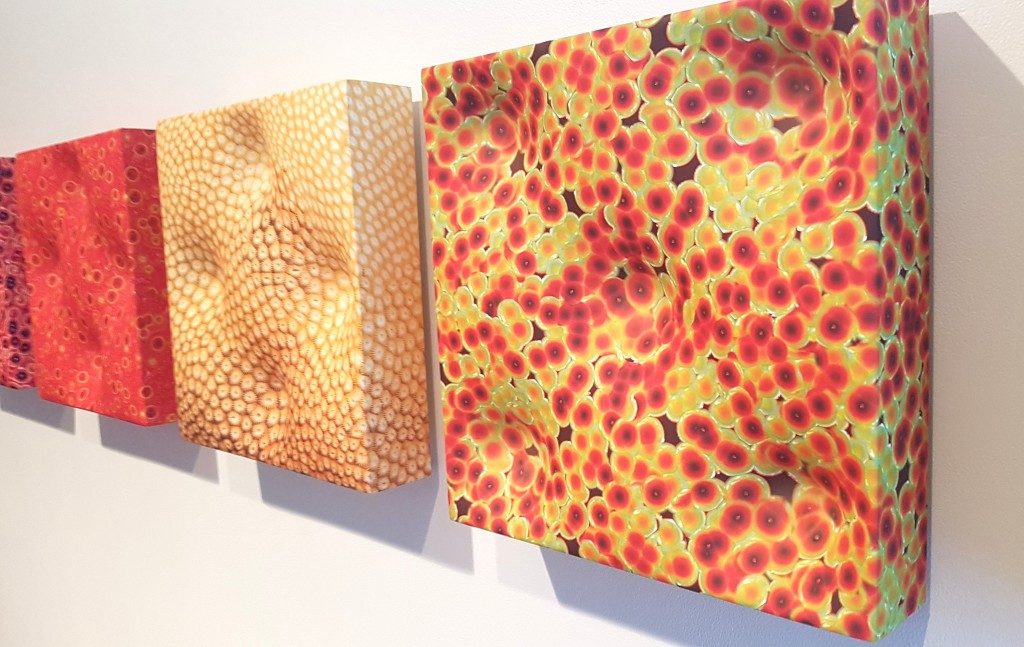 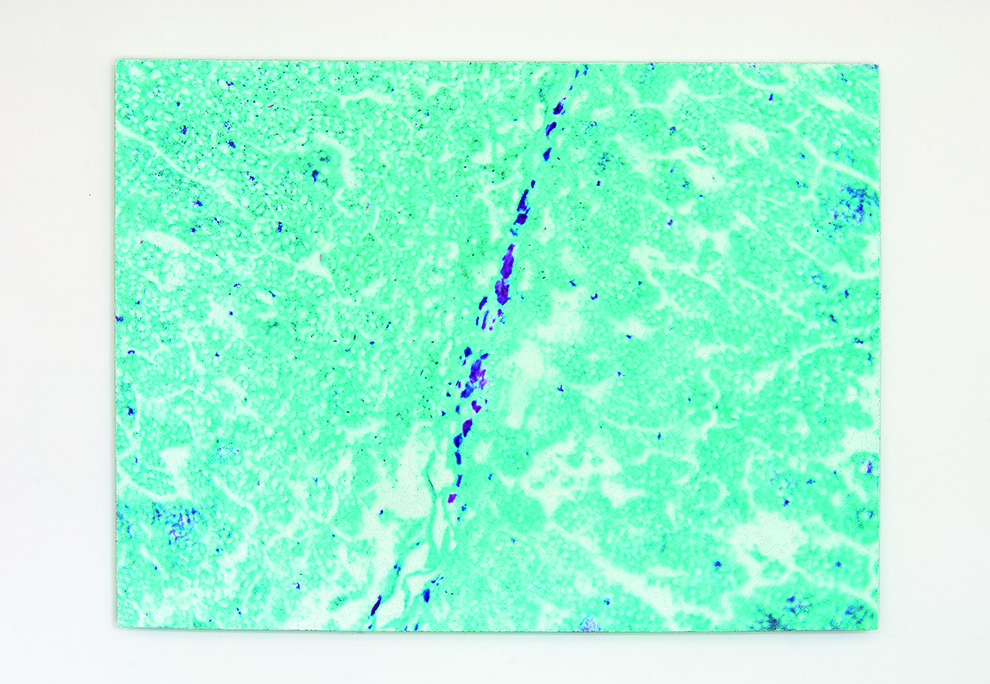 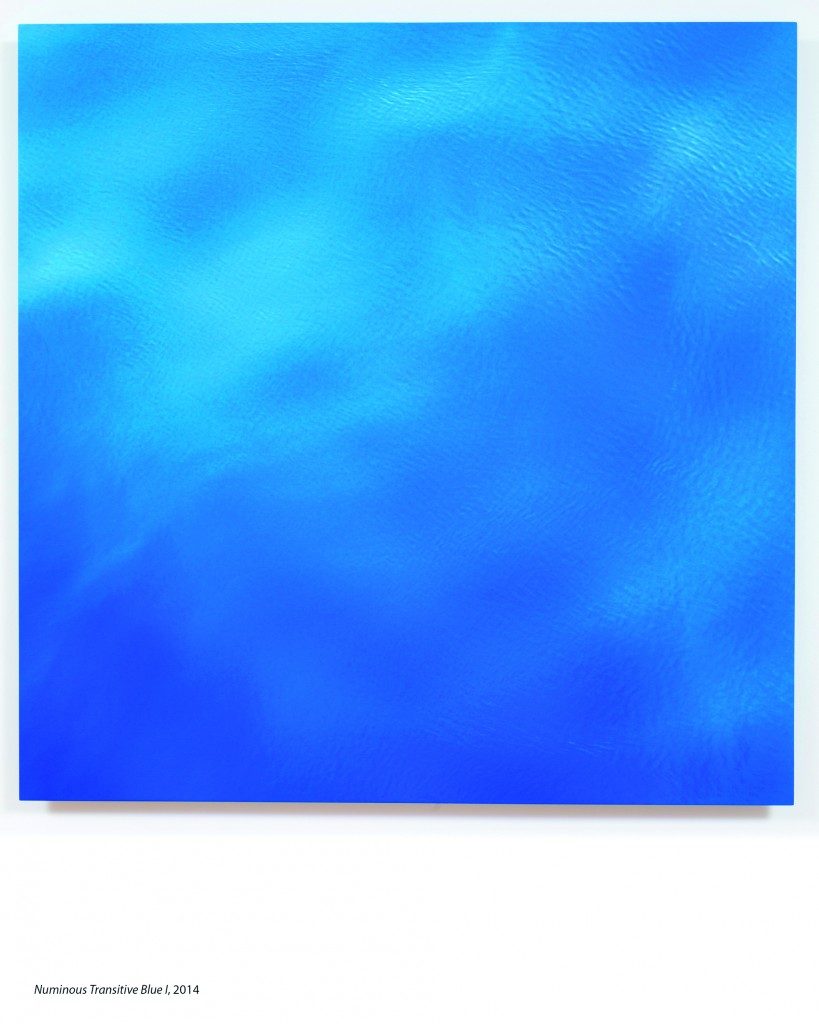 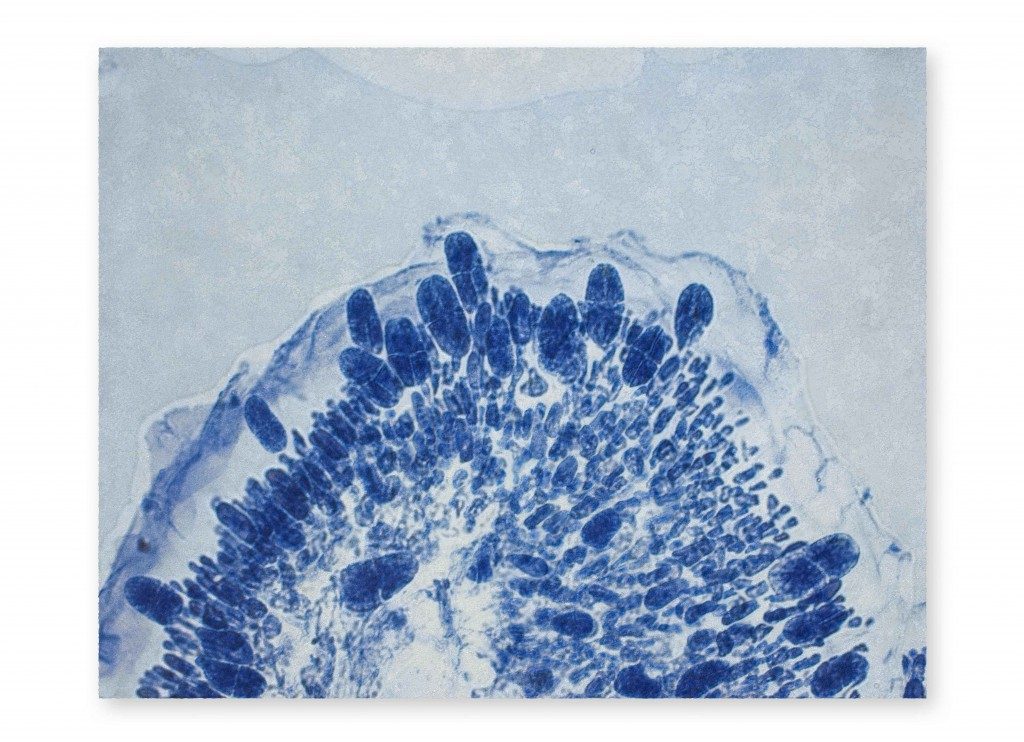 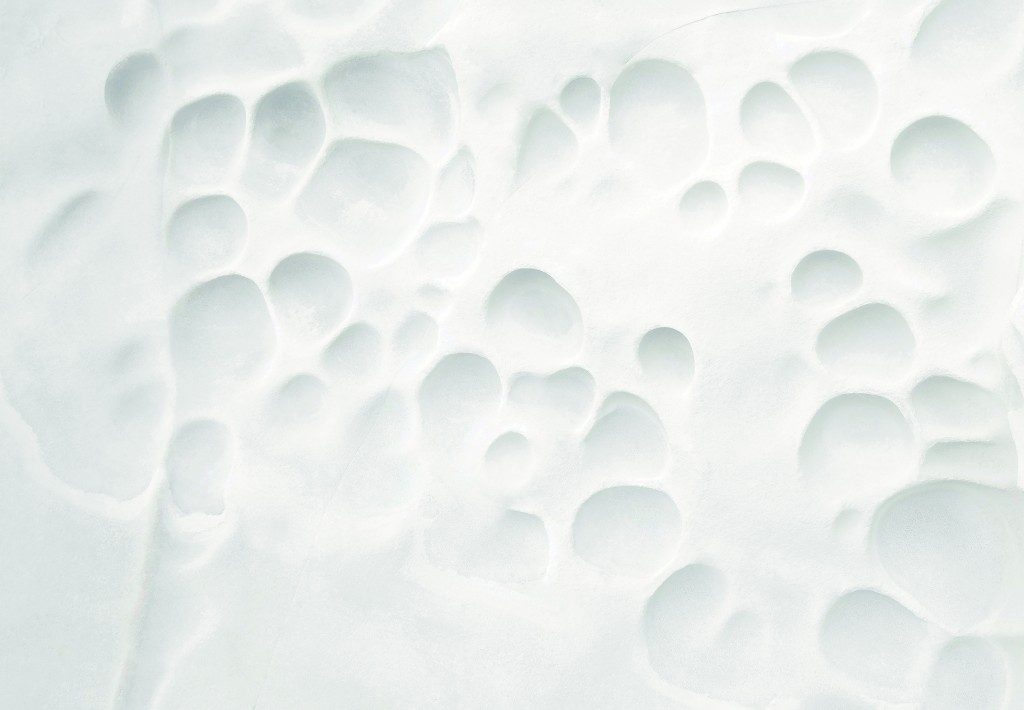 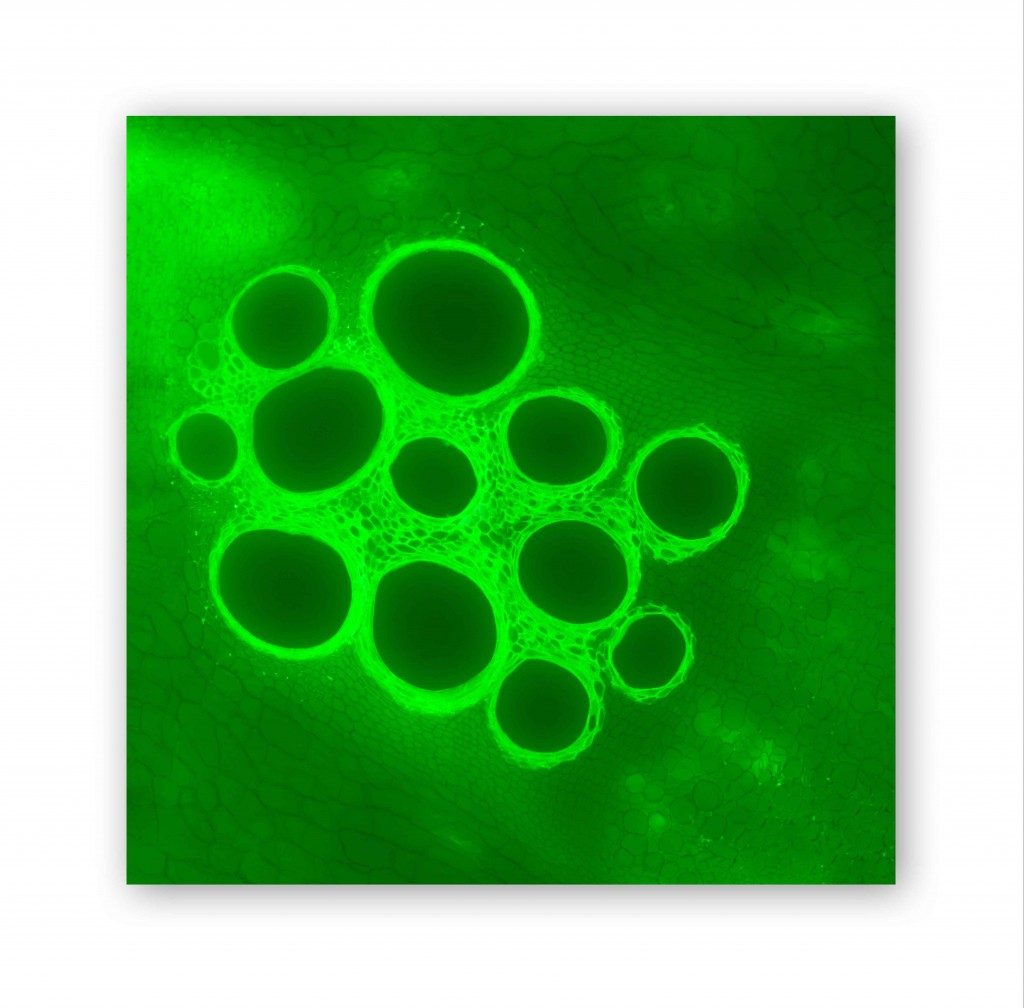 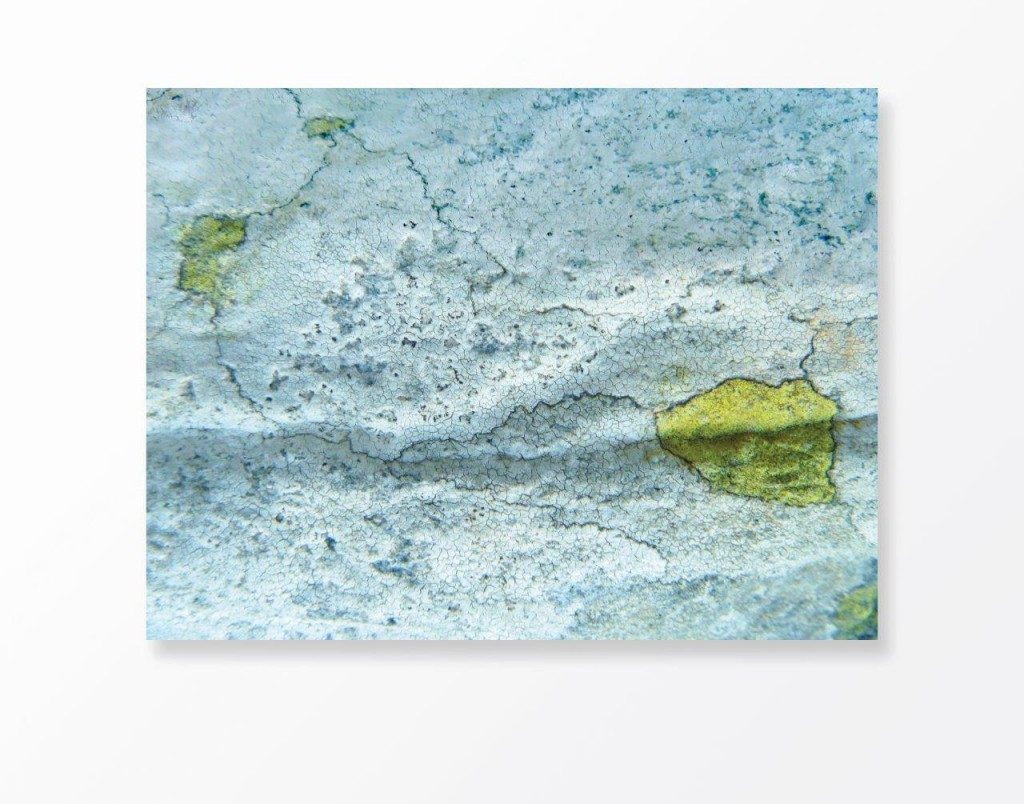 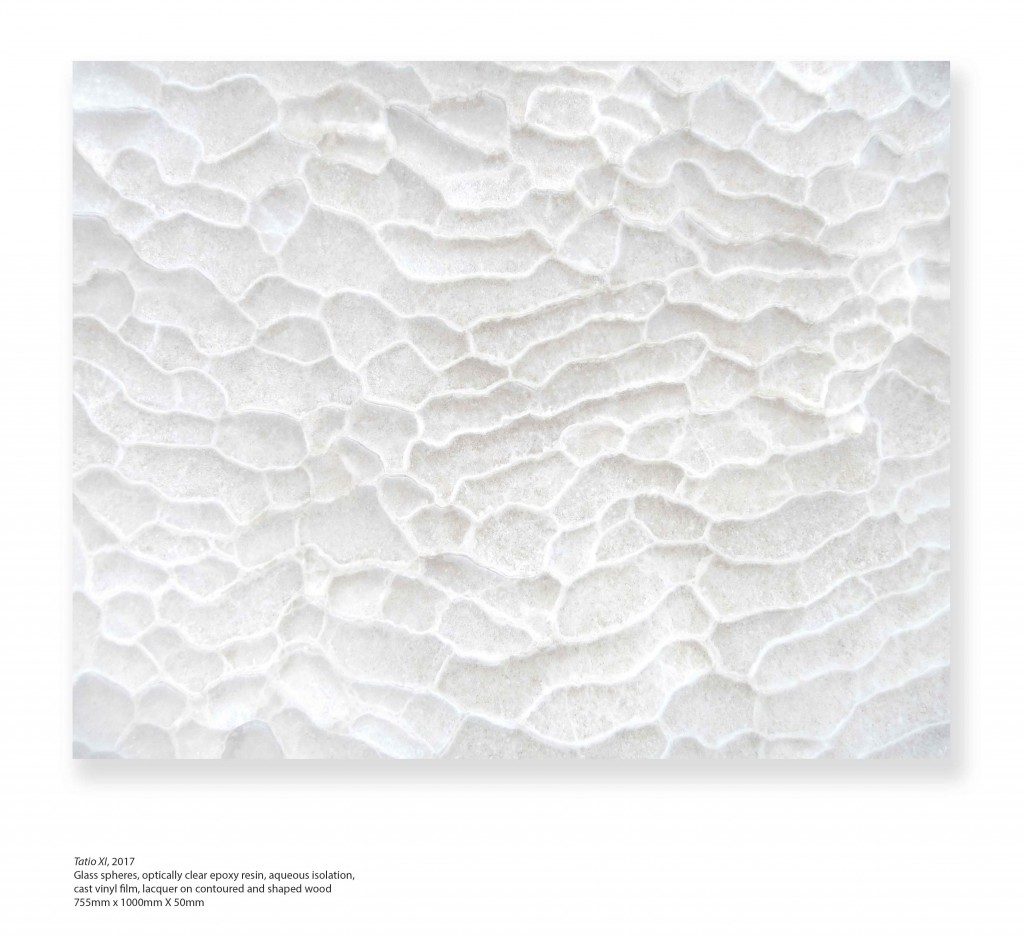 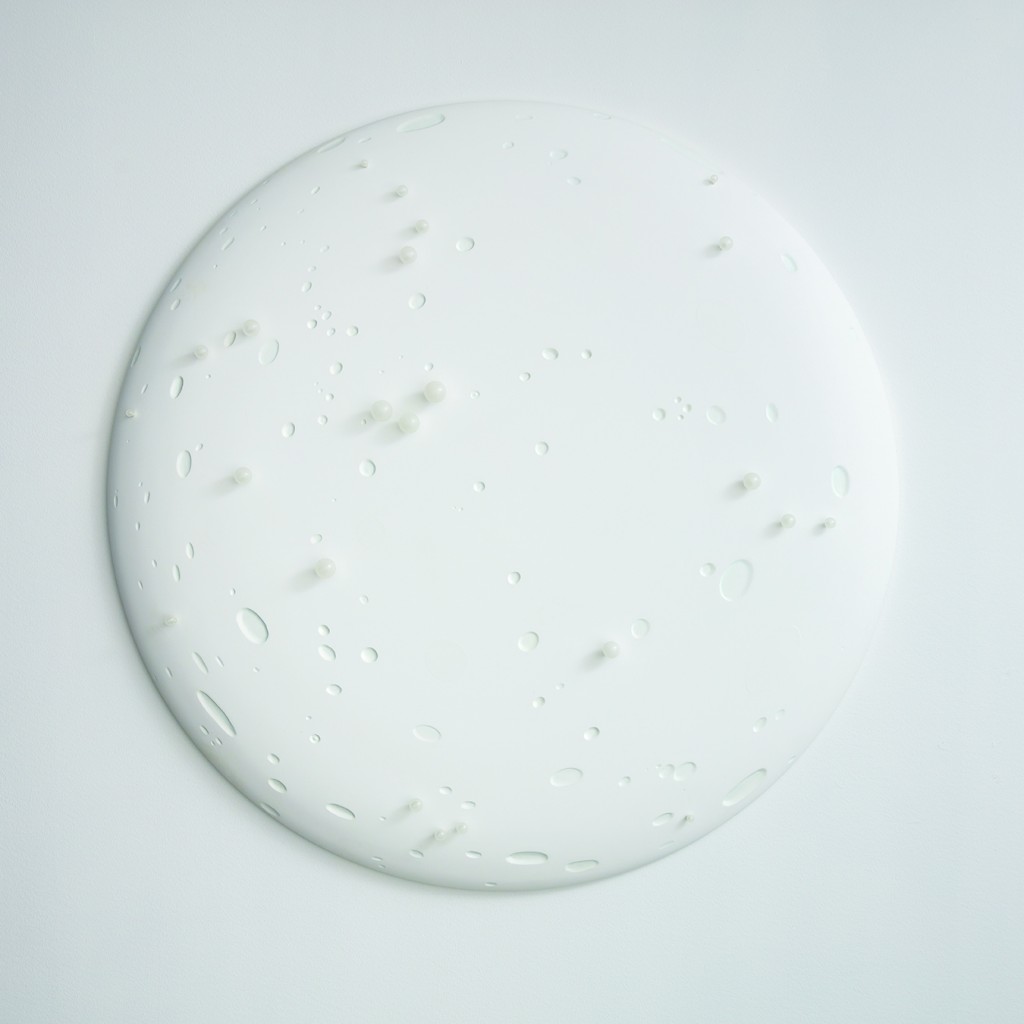 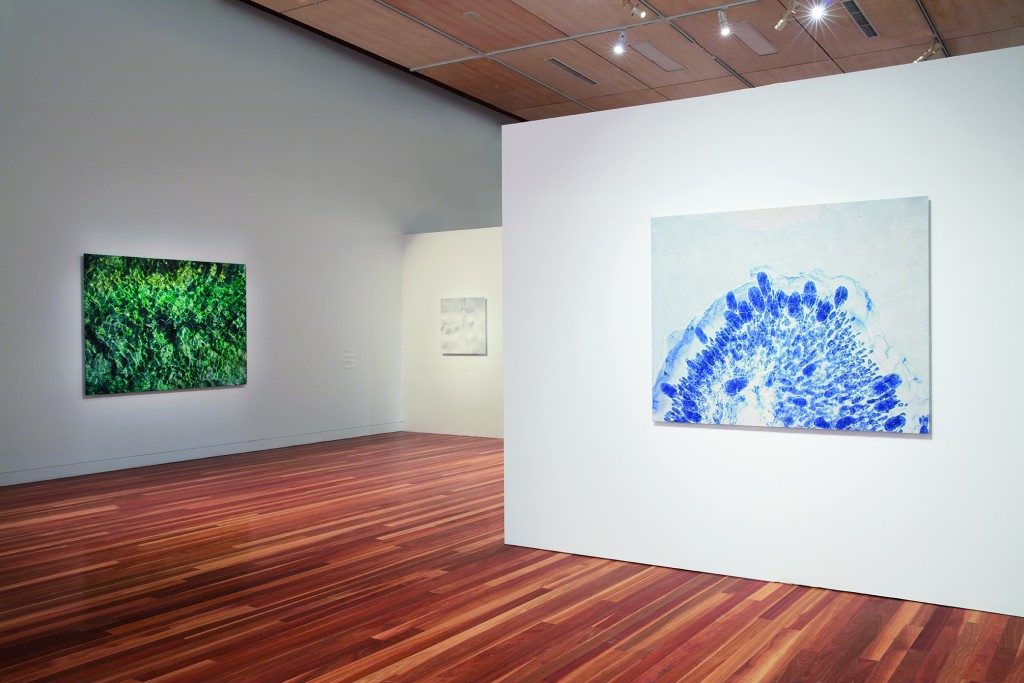 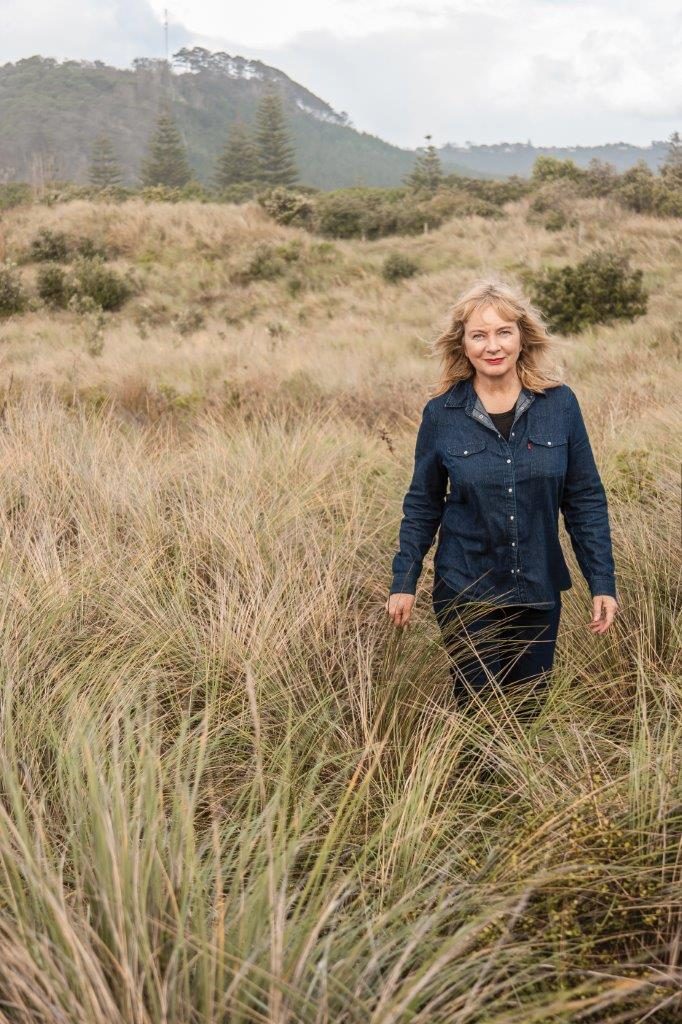 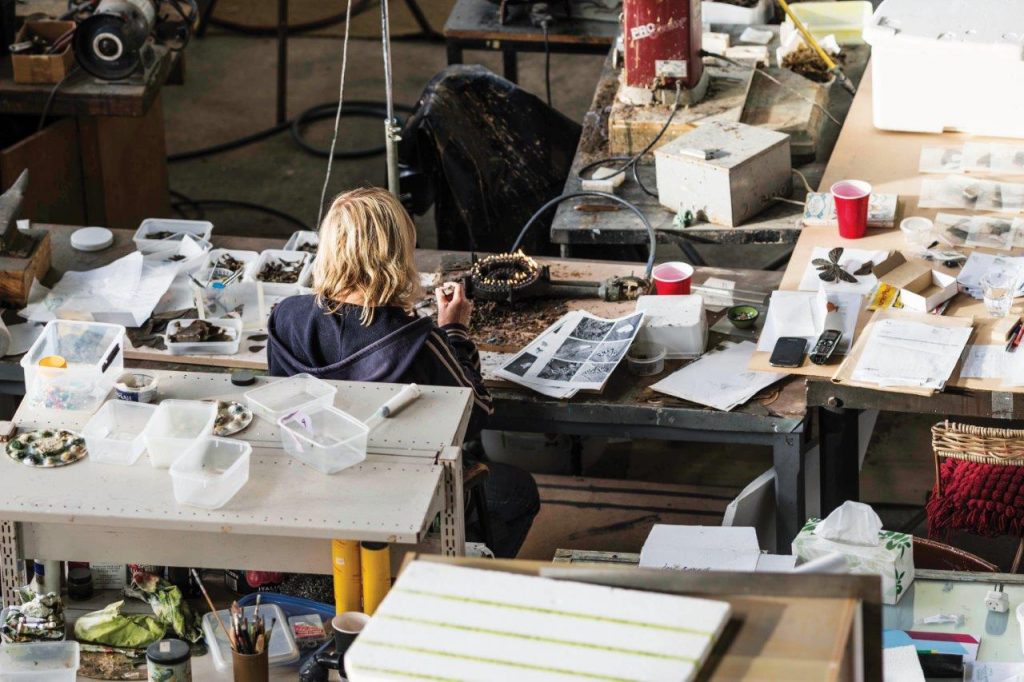 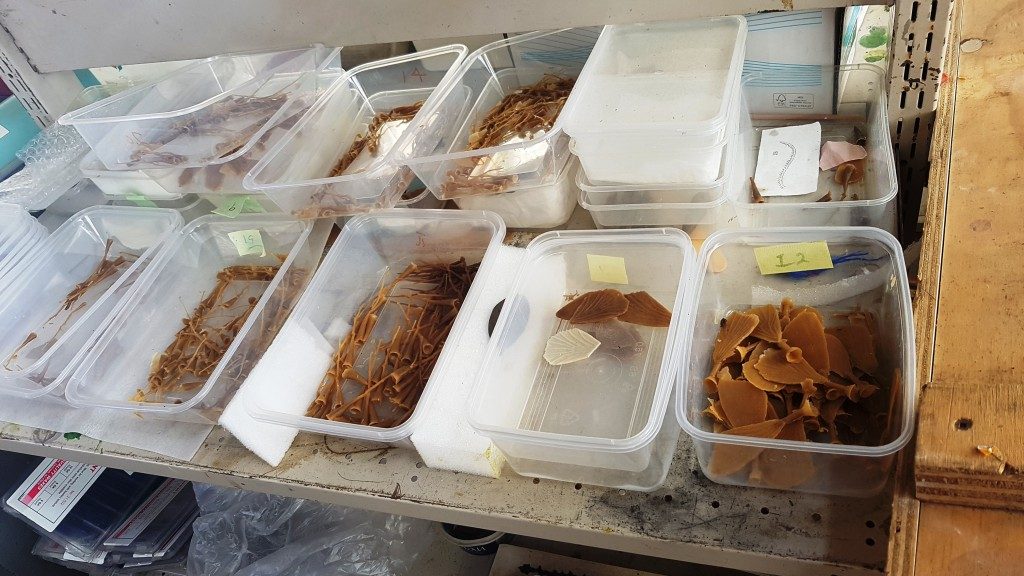 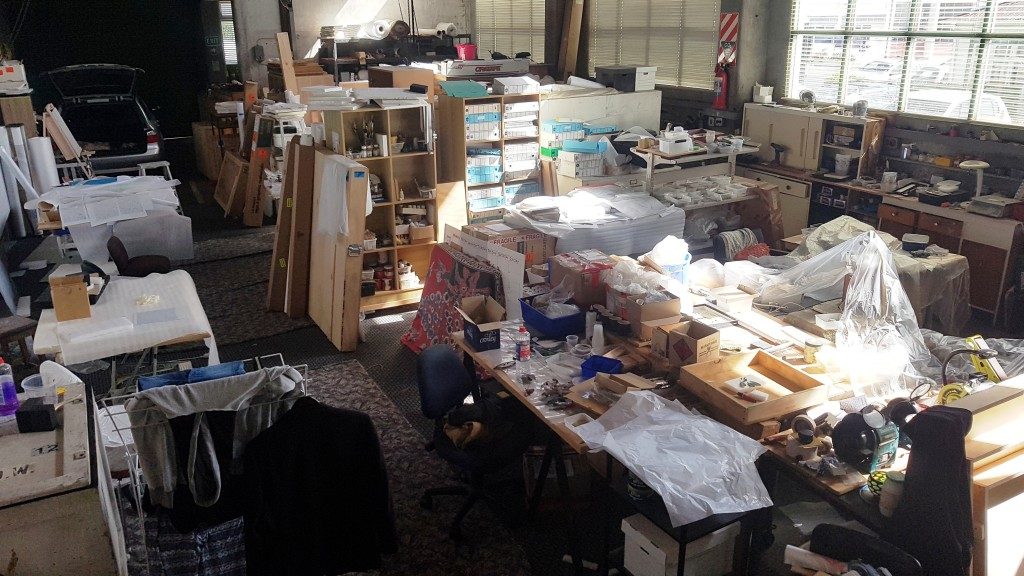 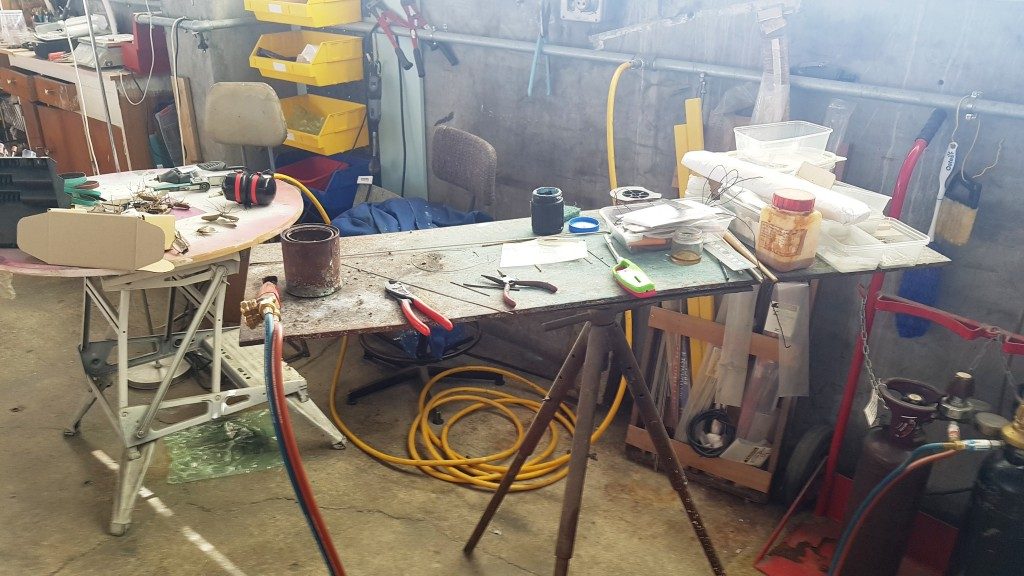 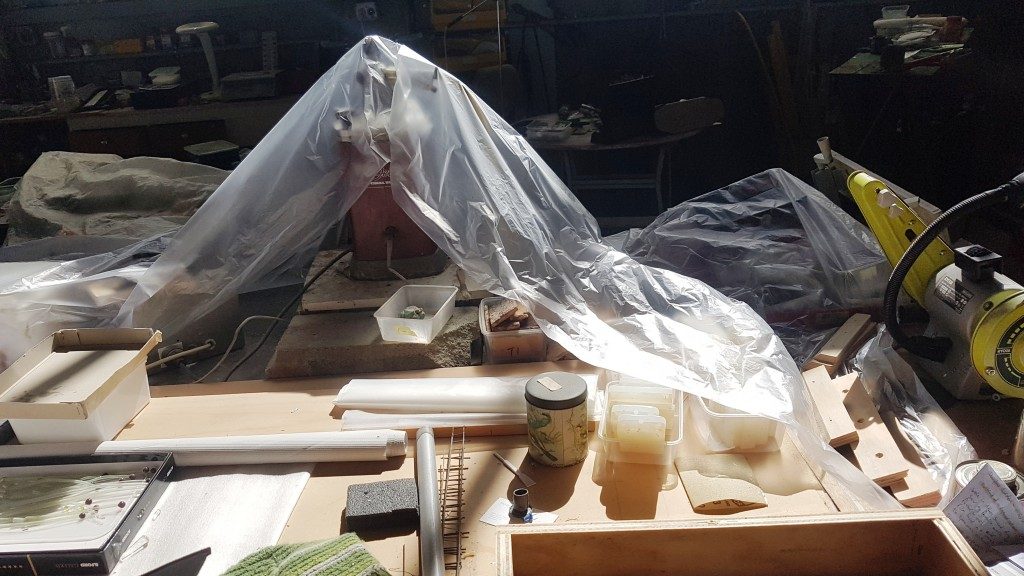 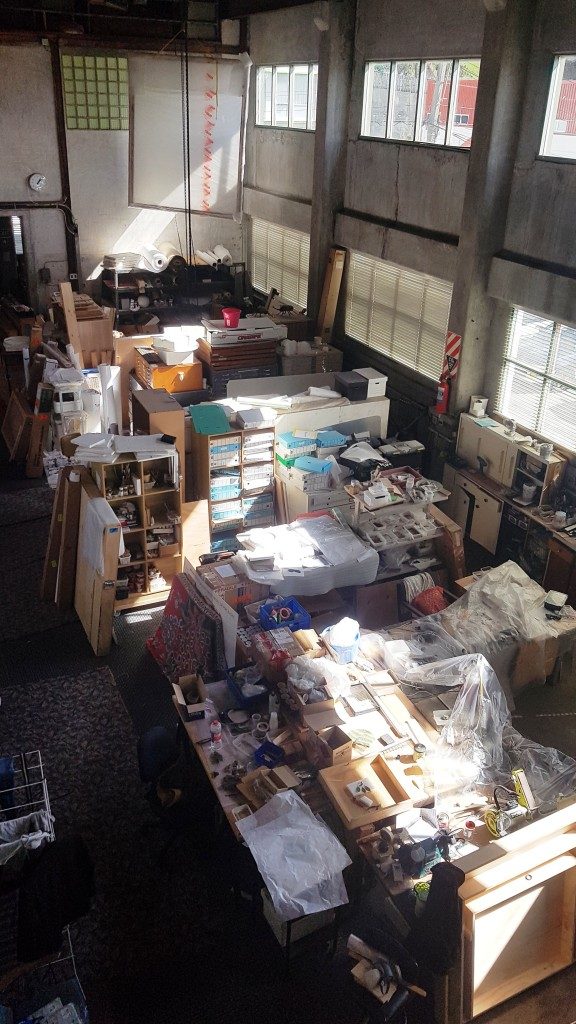 New work produced with the generous support of Creative NZ

‘We are each made up of one hundred million million cells, none of which have any idea who we are.’ Marcus Chown

For the past 30 years, sculptor/installation artist Elizabeth Thomson has been drawn to such areas of scientific knowledge as botany, micro-biology, oceanography and mathematics. From there her works take flight, offering a sense of mystery, beauty and the sheer exhilaration of being alive in a universe that is itself living, sentient and ever-responsive.
The works in ‘Cellular Memory’ attest to a career-long commitment to grappling with both natural history and the human condition, fueled by poetic imagination as well as by much research, field-work and long hours in the studio. The result is a body of work which asks some fundamental questions: How does humanity fit within the broader realm of nature? To what extent are we are a part of, or distinct from, our environment?
Spanning three decades, the works in the exhibition have also been shaped by extensive travels in Europe, the Americas, the South Pacific and New Zealand.  Alongside art commissioned for the present project, the exhibition features numerous works created after Thomson’s involvement in the 2011 ‘Kermadec’ art project, which began with a voyage, by Royal New Zealand Navy vessel, from Auckland to Tonga, via Raoul Island. These ‘Kermadec’ works are central to Thomson’s planetary meditation,  just as the ocean itself is the crux of life on Earth.
It is this wider view of life on the planet and beyond that her recent art has continued to explore. To such an end, she often starts with the smallest details—bacteria, blood cells, fish and moth species, or close-up segments of beach or desert. Using sculptural elements as well as photographic processes, Thomson’s work presents fields of visual information in which boundaries between human, flora and fauna are dissolved.
Viewers are exposed to new realms of seeing, feeling, understanding and perhaps even remembering. As human beings, we are familiar with our own patterns of memory, and with motor- or body-memory which allows us to repeat physical movements. The idea of ‘cellular memory’ raises the possibility that memories might be stored in cellular structures. In Elizabeth Thomson’s ongoing conceptual and imaginative engagement with Nature, we begin to recognise the curious intelligence and sensibility of our planet, a many-layered environment of which we are a part.

Elizabeth Thomson (born 1955, Auckland) graduated with an MFA from Elam School of Fine Arts, University of Auckland, in 1989. Since then her work has been exhibited widely throughout New Zealand and abroad. A major survey exhibition, ‘My hi-fi my sci-fi’ opened at City Gallery Wellington in 2006 then toured nationally. Based in Wellington since 1991, she works in a converted factory in the suburb of Newtown.

Cellular Memory has been curated by Gregory O’Brien. The exhibition was originally comprised of 22 works ranging in a variety of compositions (multiples) and mediums.
There are a number of large installation works that demand substantial wall space and artist participation/oversight. These works are still mostly available for tour, however to make the exhibition more accessible to a wider range of venues it was decided to allow these works to be optional.
It is proposed to have venues collaborate with Greg on the selection of artworks that will be tailored for their gallery space whilst maintaining the integrity of the exhibition concept. Therefore logistics and tour fee issues will vary and be arranged by negotiation.

Elizabeth Thomson is available to carry out artist talks and other related engagements at the conclusion of the installation. Exhibition curator Gregory O’Brien is essential to this aspect of the exhibition experience and is also available to attend and support particular events.

The exhibition is accompanied by a hard cover 80 page full colour publication with contributions from Gregory O’Brien, Lloyd Jones and Jenny Bornholdt.

Messages of support for tour

‘Working at the forefront of eco-aesthetics in Aotearoa, Elizabeth Thomson’s work is ambitious and understated. For over thirty years her thought-provoking images have zoomed between micro and macro examinations of natural forms. Her great skill lies in her ability to allude to natural realms by deploying innovative materials to create an elegance of form. As an artist, she makes it her business to draw attention to the patterns in nature – from massed moths to watery waves – and its astonishing beauty. Creating environments that are responsive to light, she revels in making art which seduces the viewer into a sensory experience. Recently she has turned her attention to contemplating our near future of intensified global warming, desertification, acidification of the seas with the corollary precipitation of the extinction of species. Now, with atmospheric carbon dioxide levels a third higher than pre-industrial levels and growing unchecked, her work has never been more urgently important’.
Linda Tyler

‘Thomson is one of Aotearoa New Zealand’s leading contemporary artists with major exhibitions across this nation and internationally. With a long and impressive exhibition history and list of achievements under her belt, she continues to push her practice in new and experimental ways. This constant pushing of media and art practice is something that sets her apart from many of her peers. Thomson never allows her practice to sit in one space for too long, it is constantly evolving and morphing into new forms and areas of practice.
Conceptually, Thomson’s works over the past decade have taken a strong environmental interest and this new series continues this investigation on a molecular scale. This interaction between the micro and the macro, between art and science, is increasingly important in the age of globalisation and climate change. In exploring how small local phenomenon are impacted as a result of larger global phenomenon happening elsewhere in the world, Thomson shows us how artists operating at a high international level can become a voice for Aotearoa and the Pacific on the world stage’.
Reuben Friend

Elizabeth Thomson offers glimpses into the natural world that are at once breath-taking in their accuracy and intriguing in their abstraction. Her command of her craft is remarkable, as is her ability to adapt new image-making technologies to her vision. This exhibition offers an excellent introduction to her recent work, capturing its variety and consistency.
Christina Barton

The poet Allen Curnow once said that every poem needs a necessary minimum of mystery and magic, and I think the statement is true not just for poetry but for all art forms. This statement immediately came to mind when I began to think about the art of Elizabeth Thomson which I have followed with admiration and interest for many years. Her recent work in particular, as inspired by her own Pacific voyaging (at least in part) often arouses in me a feeling of wonder and intrigue. What am I seeing? Is it painting? Is it sculpture? It seems to be both at once. How on earth was it made? It is impossible without specialized knowledge to answer such questions. But the work is so sheerly beautiful and magical in its effects, so absorbing as sensory experience and intellectual conundrum, that such questions start to seem irrelevant, and one is content simply to immerse oneself in the exquisite visual and textural effects, while feeling that somehow the supreme beauty of the earth and the oceans have magically been captured and translated into objects of great subtlety, charm and wonder. I feel that an exhibition of these recent works of Elizabeth’s (rather like Lisa Rihana’s recent work on Pacific voyages) could reach a much wider audience than sophisticated contemporary art is usually capable of. Her work seems effortlessly, without pandering to easy effects or indulging in ‘dumbing down’, to bridge the gap (which yawns widely with much contemporary art) between maker and audience. This is a rare achievement and worthy of recognition and support. Although I have not seen her recent exhibition at Aratoi, I have seen similar work at exhibitions at Two Rooms in Auckland and I have also seen the superb book/catalogue by Gregory O’Brien and others which documents the Aratoi exhibition, and I would strongly support the proposal of Mark Roach of Exhibition Services to tour the exhibition more widely.
Peter Simpson

I’m in the main gallery of the Aratoi Museum of Art and History. Two or three people are standing in front of one of Elizabeth Thomson’s works. They had been walking past it and suddenly they have stopped. Their attention has been caught by something. They start to move away and…there it is again. The surface of the art work has changed. Or did it? A sort of dance ensues. Backwards and forwards they go, watching patterns of light shift and reassemble in time to their movement. These folks are now leaning forward, searching the work for…what? They move away and examine the work side-on. The surface appears to have undulations. Back they go to stand in front of the work. They lean forward again, examining the surface, noting the tiny glass beads floating above…what is it? Sand perhaps? And where exactly is the surface? They are captivated.
This quality of Elizabeth Thomson’s work – the way it engages the viewer – is something I have witnessed in other, very different, circumstances. In his essay for the book Cellular Memories, Gregory O’Brien recalls the “Kermadec” exhibition held in a school hall in the village of Hanga Roa, on Rapanui (Easter Island). It was an unusual event – something out of the ordinary for the people of Hanga Roa, and a large crowd attended on the day of the opening. Prompted by something that I can only guess at, a young girl very carefully placed an empty bird’s nest on the floor beneath one of Elizabeth Thomson’s works. The nest remained in place for the duration of the exhibition – a tender witness to a shared sense of wonderment.
It’s a mysterious thing, that power of attraction. Where does it come from? How does it manage to communicate across differences in age, place and circumstance? Perhaps there is a clue in the exhibition title, “Cellular Memory”, because every element of Elizabeth Thomson’s work is imbued with qualities that are consistent throughout her art practice – a phenomenal work ethic, an uncompromising standard of excellence, respect for the materials she works with and ideas that are elevated and uplifting.
Dame Robin White