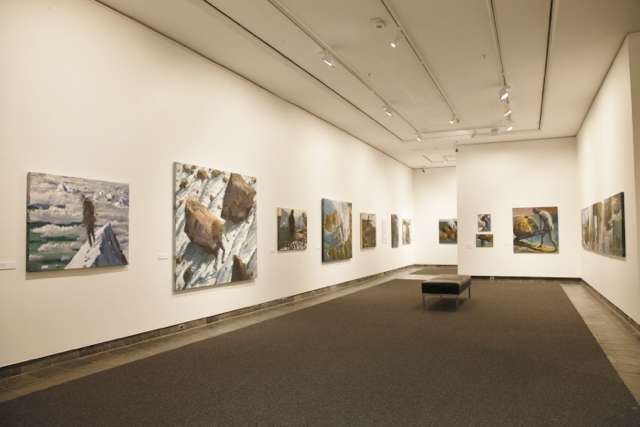 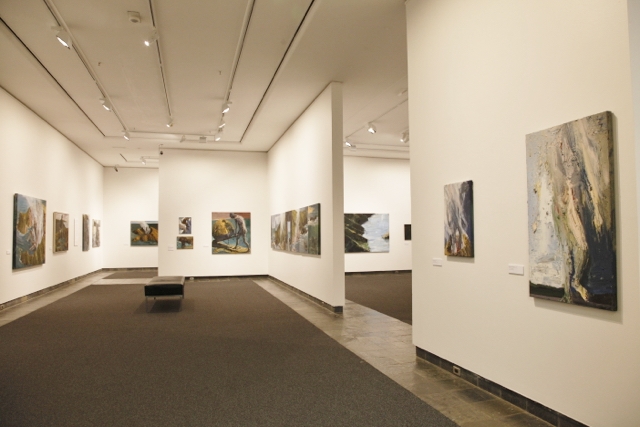 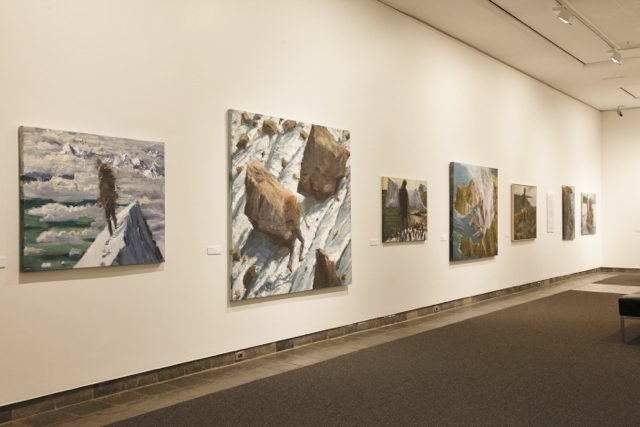 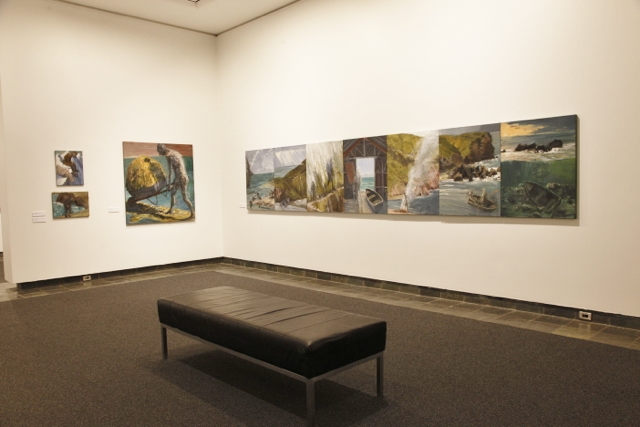 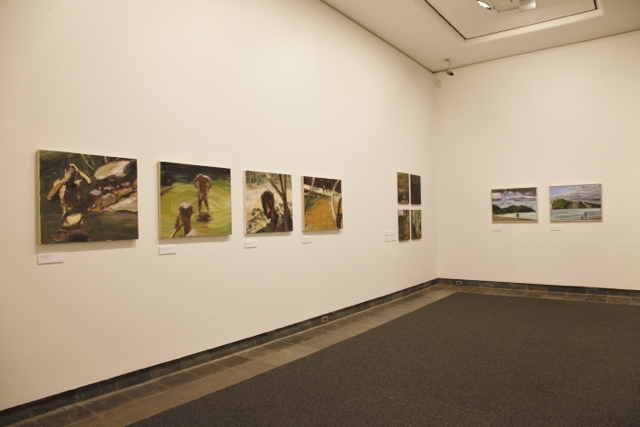 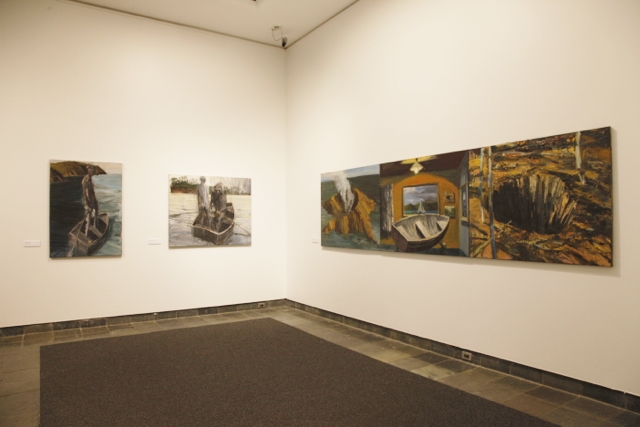 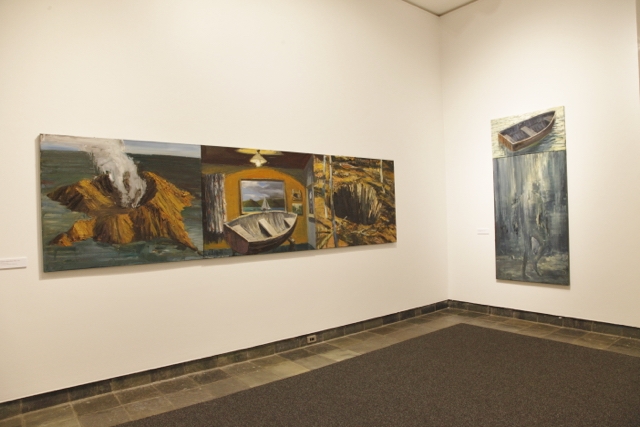 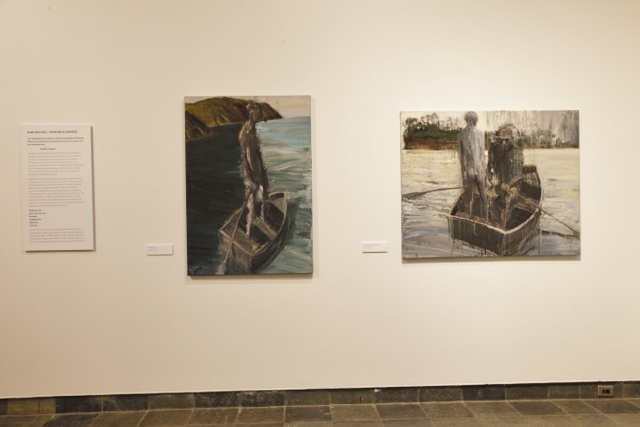 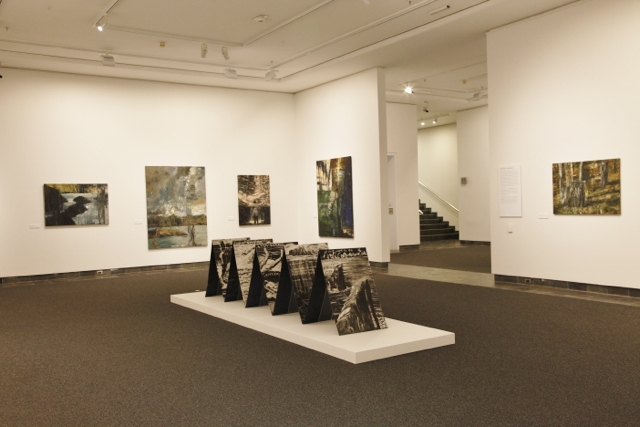 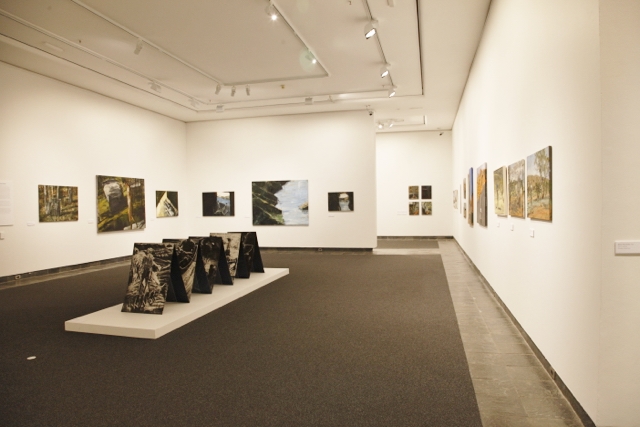 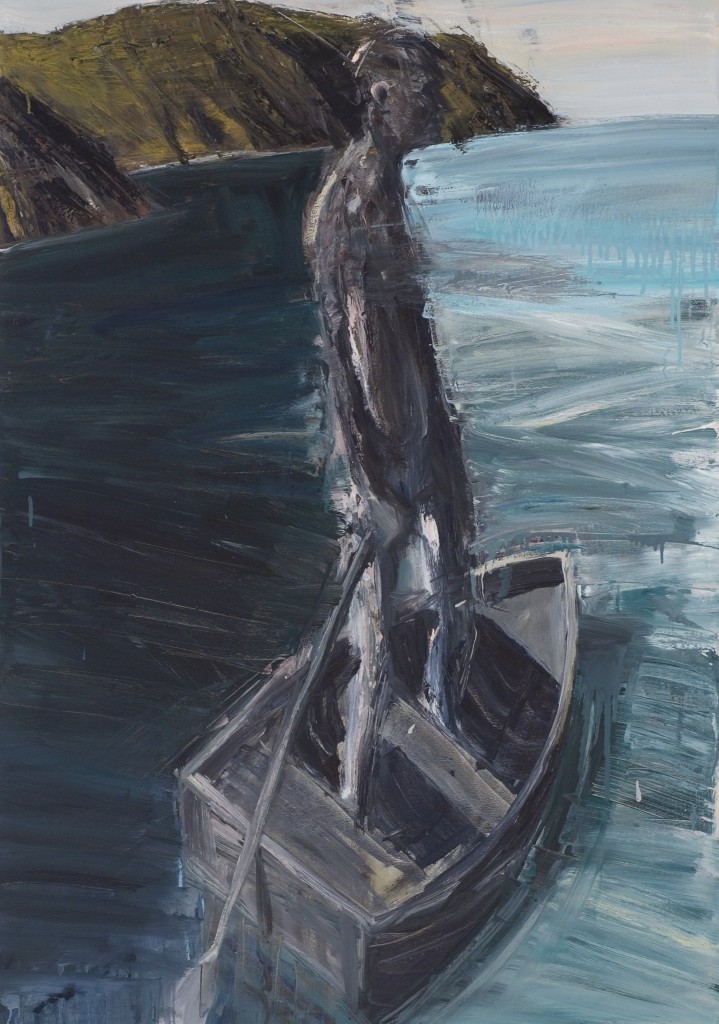 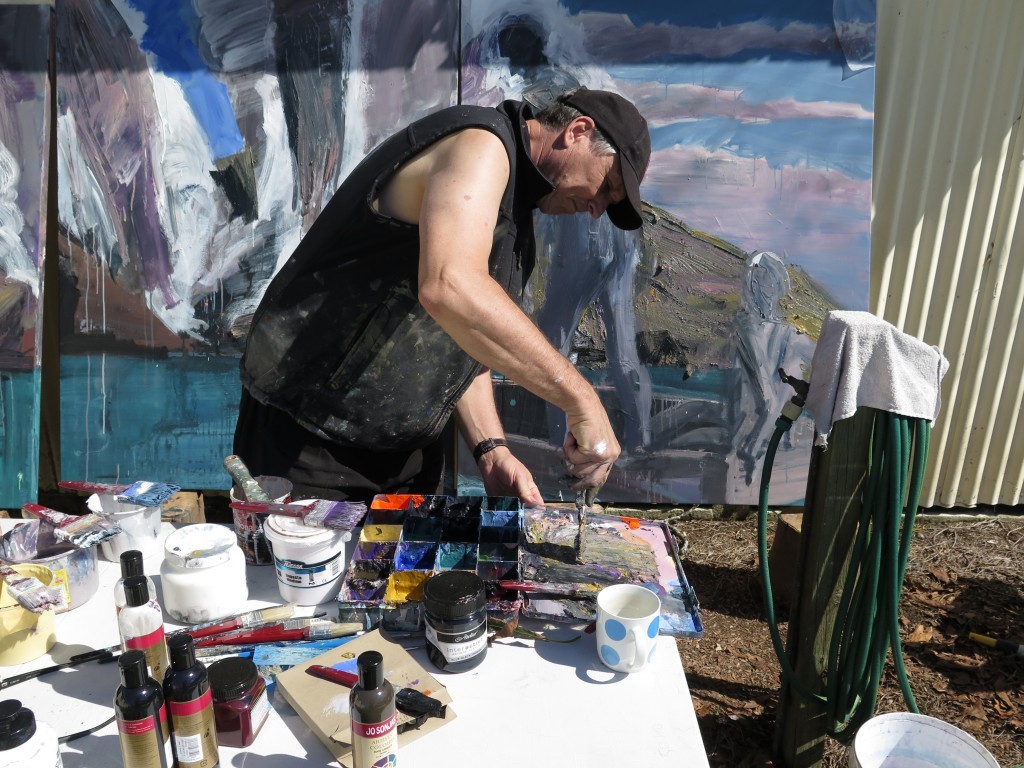 Euan Macleod
« Back to all exhibitions

‘Euan Macleod / Painter’ is the first major touring exhibition of Macleod’s work on this side of the Tasman. Christchurch-born, but resident in Sydney since the early 1980s, Euan Macleod has produced a singular, remarkable and gripping body of work. Spanning three decades of a prolific career, the 39 canvases in the exhibition take us on a journey not only through physical landscapes but also through states of mind and being. As well as asking how each of us engages with nature, the exhibition hints at myths and narratives from human history–processes of discovery, conflict and resolution.

Many of these paintings are self-portraits. With impassioned, visceral applications of oil paint, Macleod depicts himself marching, striding and covering ground. The exhibition features works painted in New Zealand as well as Australia– alpine and coastal vistas contrast with the baked or scrub-covered outback. Macleod paints himself from different vantage points; he buries himself in earth and clay, he dissolves into a plume of volcanic smoke. He is consumed by fire; he is drowned and then resuscitated. Extending, rather than being confined by, the genre of self-portraiture, Macleod is that rare being, an artist ‘prepared to push the boat out into uncharted waters and dare to take a risk’, as Peter Ross observed in his history of the Archibald Prize (which Macleod won in 1999).

With its striking imagery, raw, impasto surfaces and immense vitality, ‘Euan Macleod / Painter’ will excite, inspire and challenge viewers of all ages and backgrounds.

Born in Christchurch in 1956, Macleod completed a Diploma of Fine Arts (Painting) at Canterbury University. Moving to Sydney, he held his first solo exhibition in 1981 at Watters Gallery, East Sydney. Just as his works are infused with landscapes from both his birthplace and his adopted home, Macleod has, throughout his career, exhibited on both sides of the Tasman. Since his Self-portrait; head like a hole won Australia’s most prestigious art prize, the Archibald Prize for Portraiture, in 1999, he has received numerous awards, including the Blake Prize for Religious Art in 2006 and the Gallipoli Prize (2009). Macleod is represented in public collections including the National Gallery of Victoria (Melbourne), Art Gallery of New South Wales, the Museum of New Zealand Te Papa Tongarewa and Christchurch Art Gallery. A monograph to accompany this exhibition, Euan Macleod—the painter in the painting, by curator/writer Gregory O’Brien, is published by Piper Press, Sydney

Publications
Exhibition tour brochure.
Hard back catalogue –
‘The Painter in the Painting’. 2010