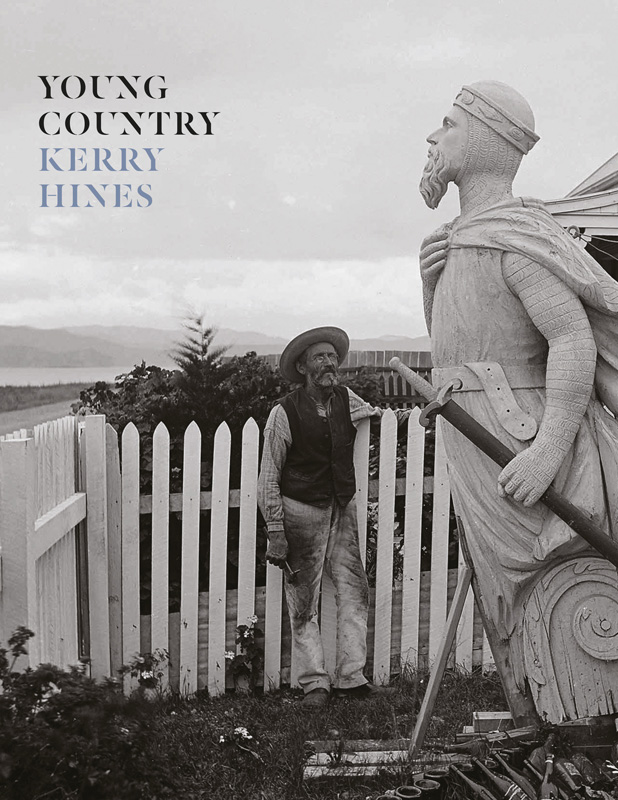 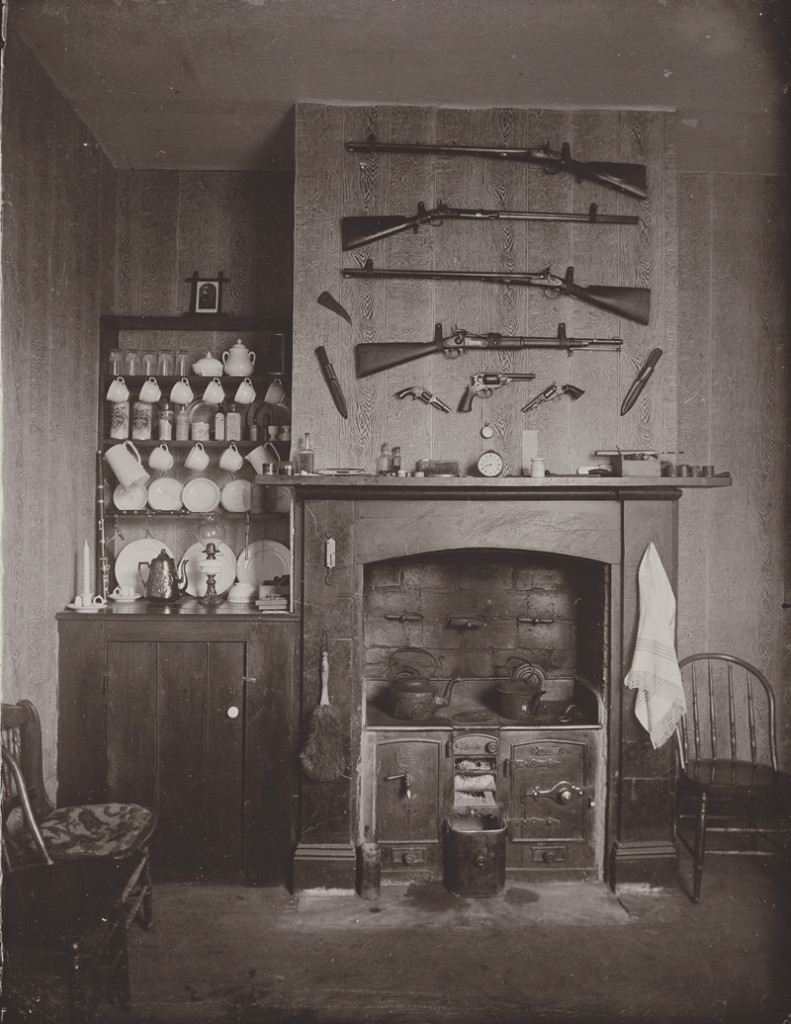 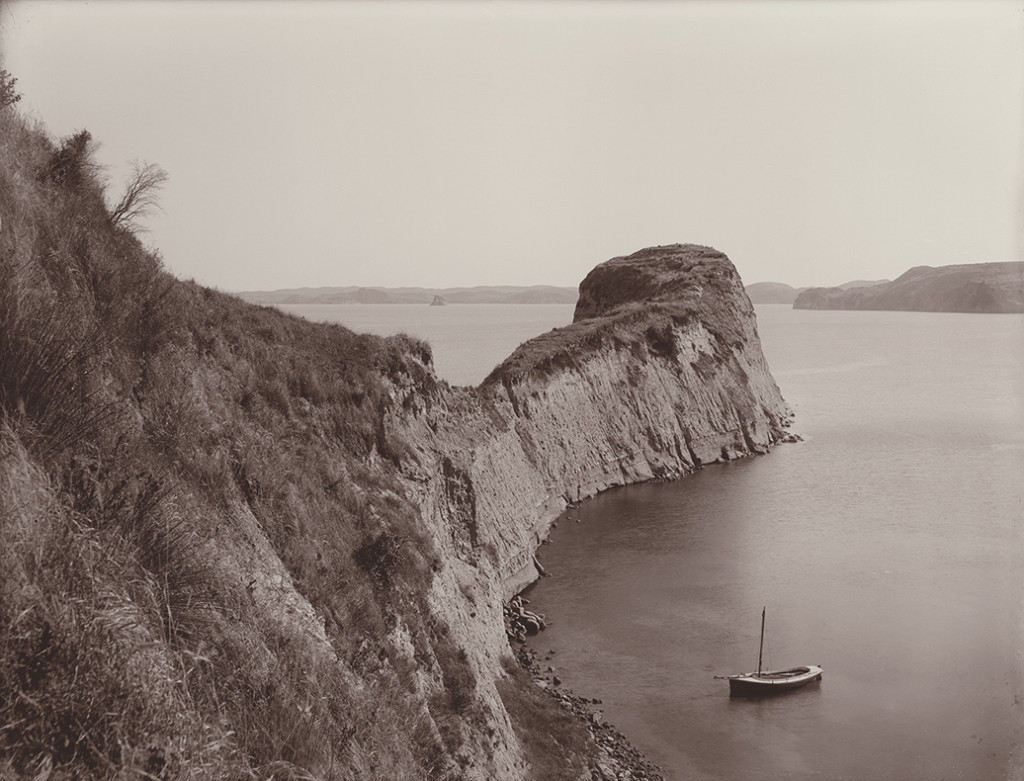 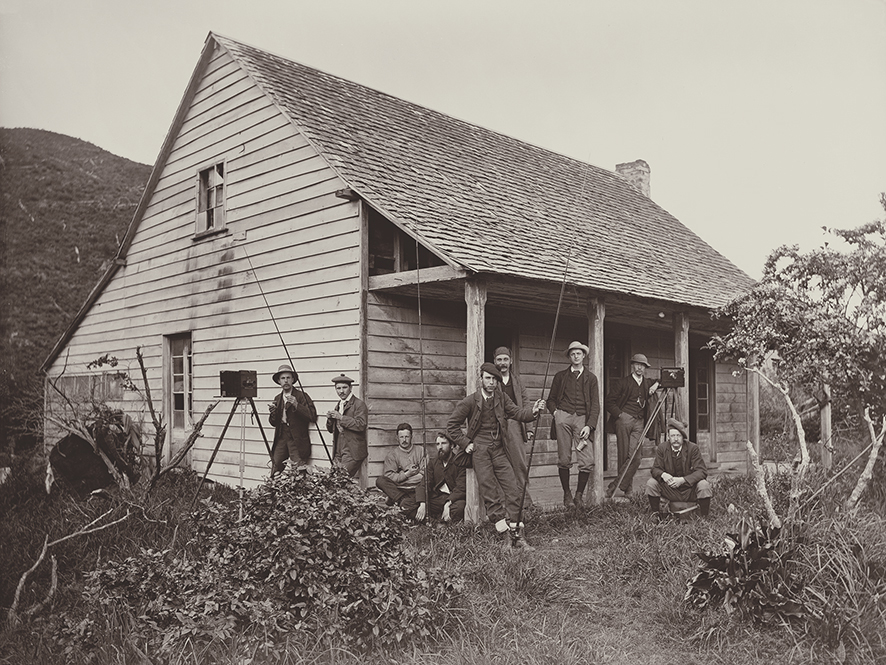 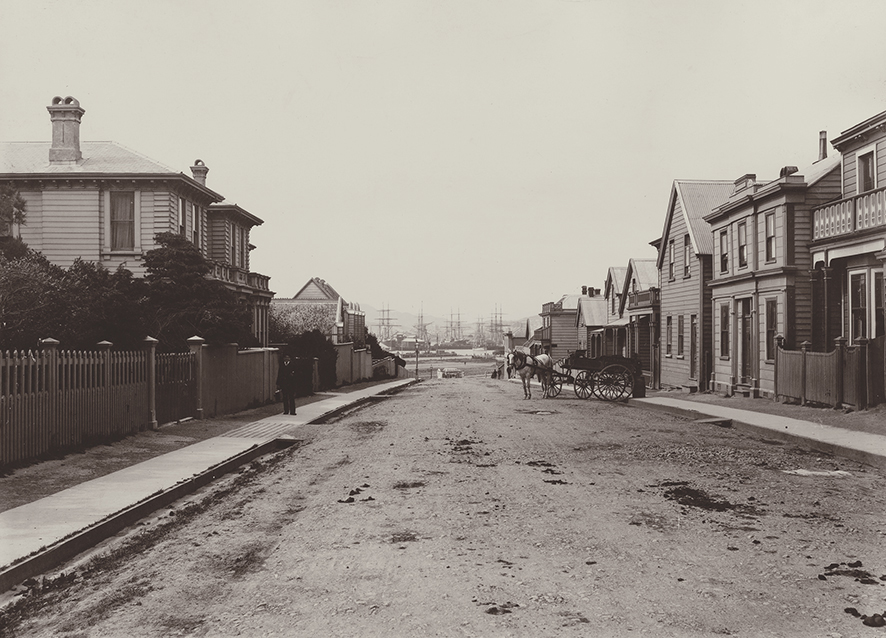 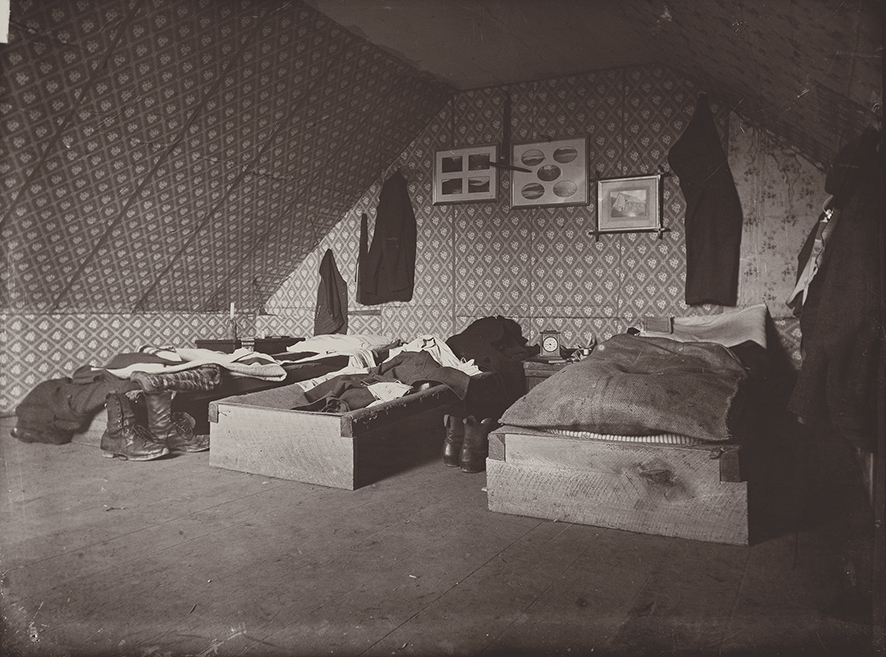 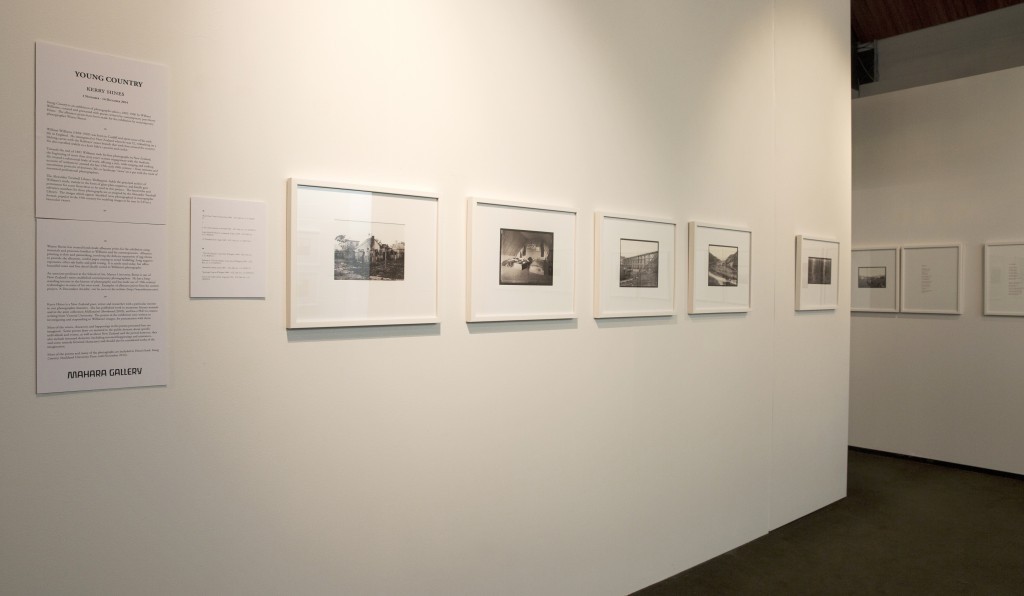 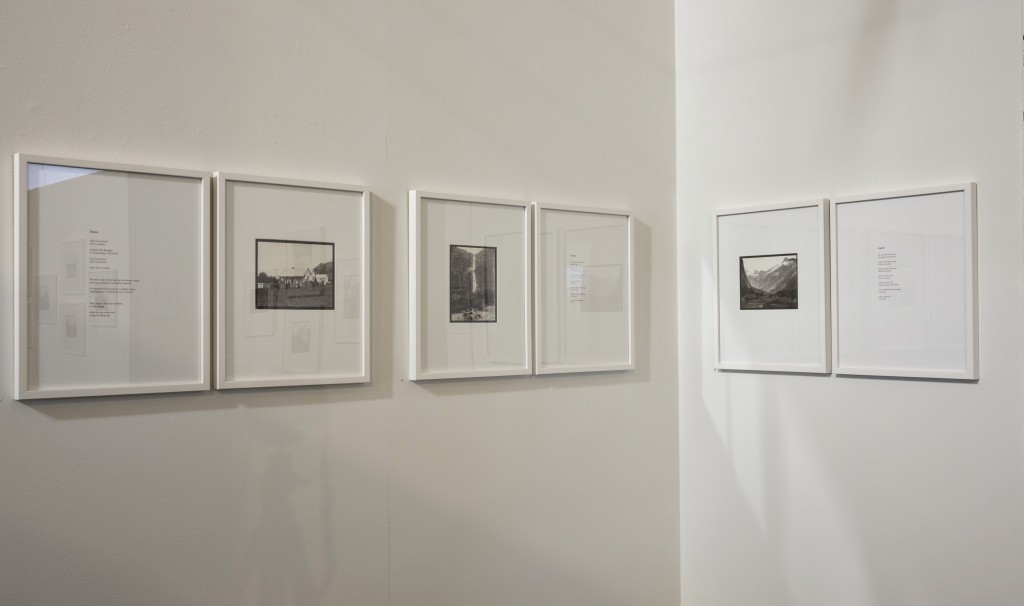 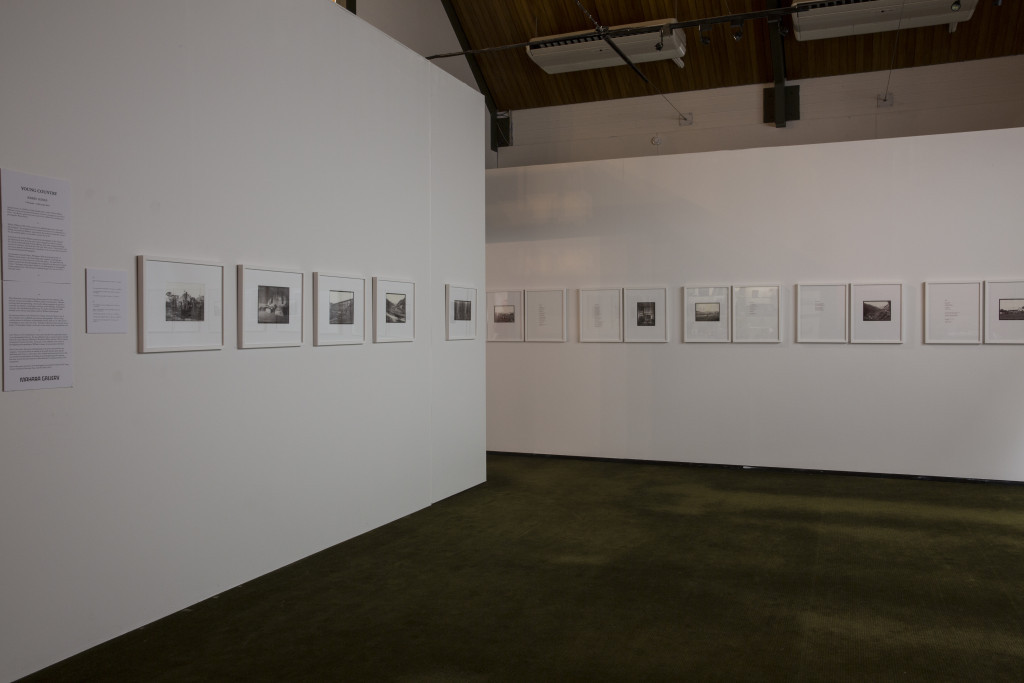 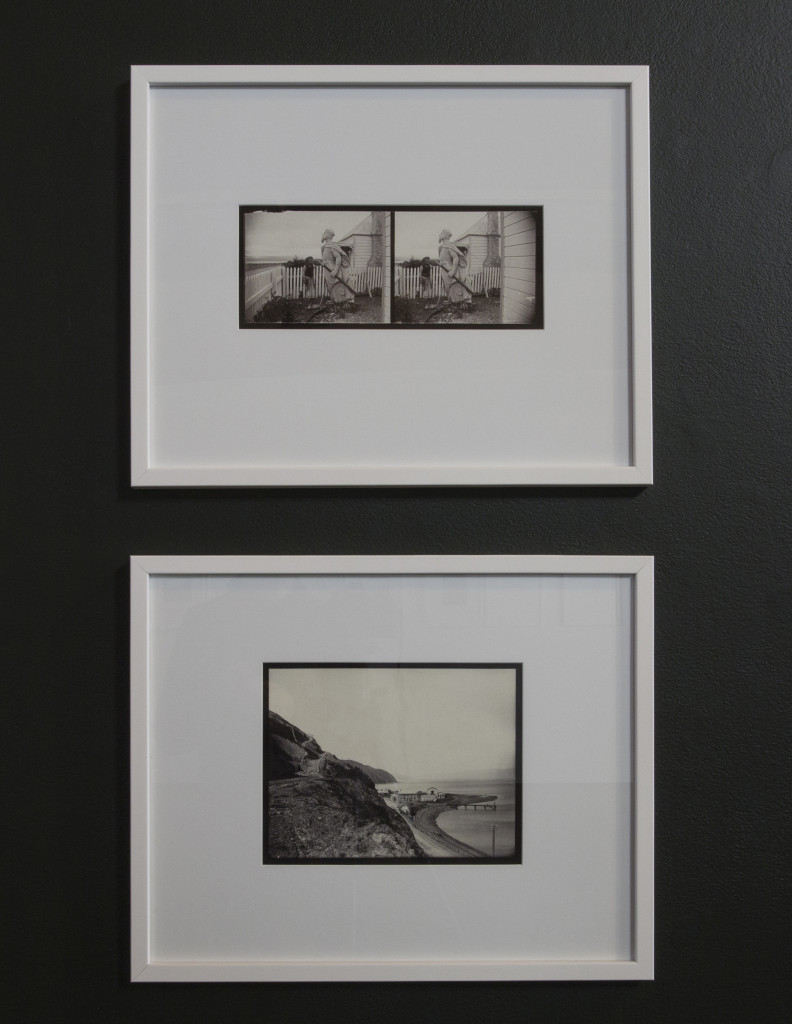 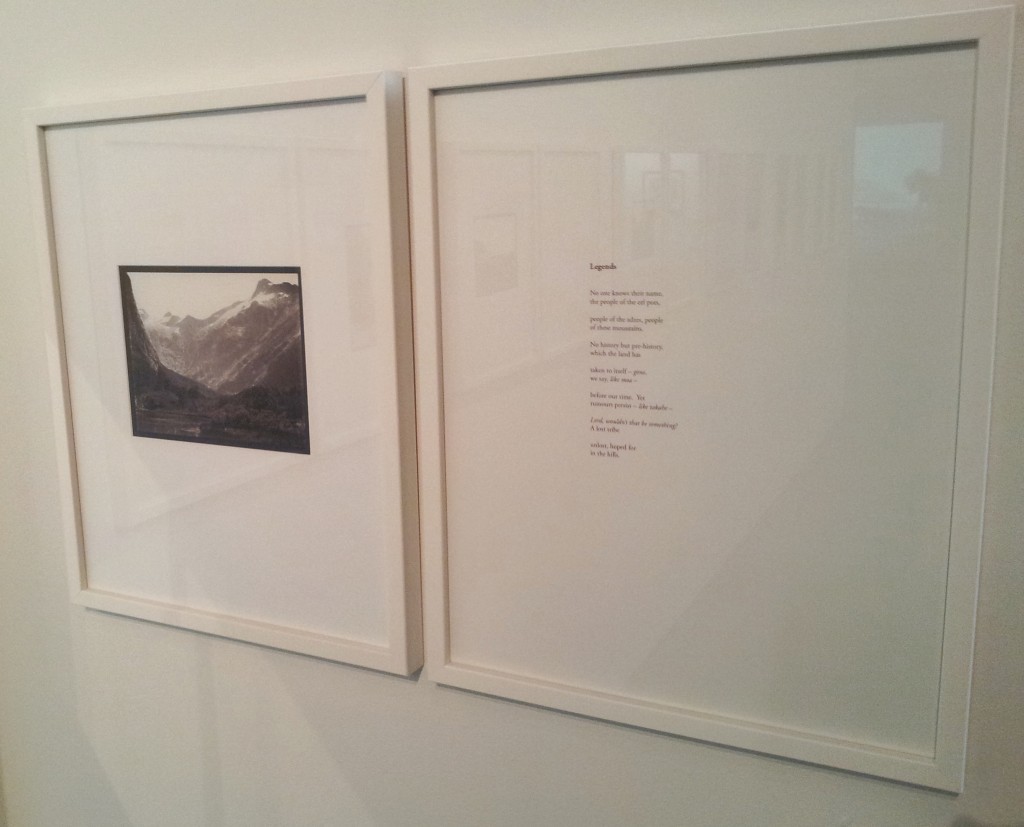 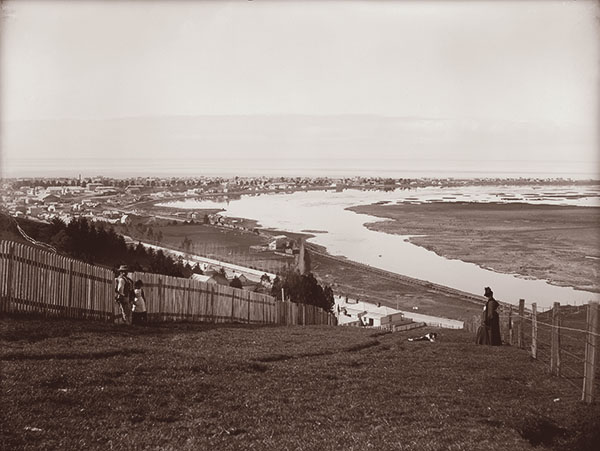 Looking from Napier Hill down to the Tutaekuri River, late 1880s

Figurehead of the ship Northumberland, C.1880's 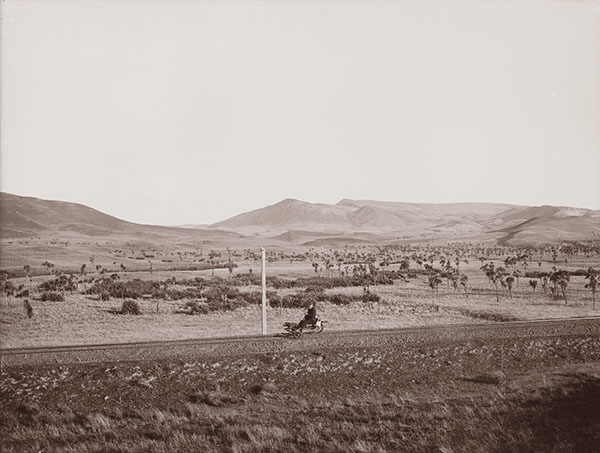 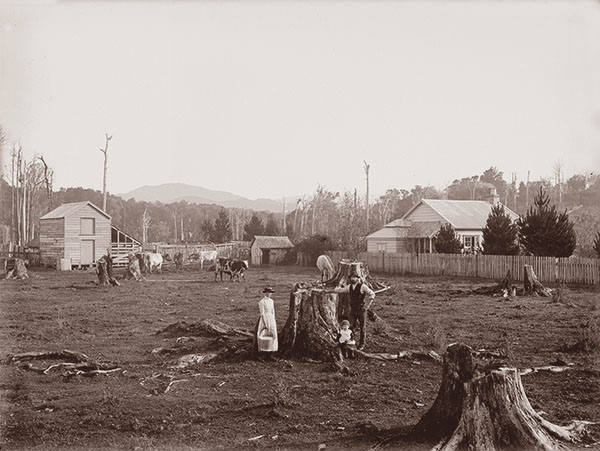 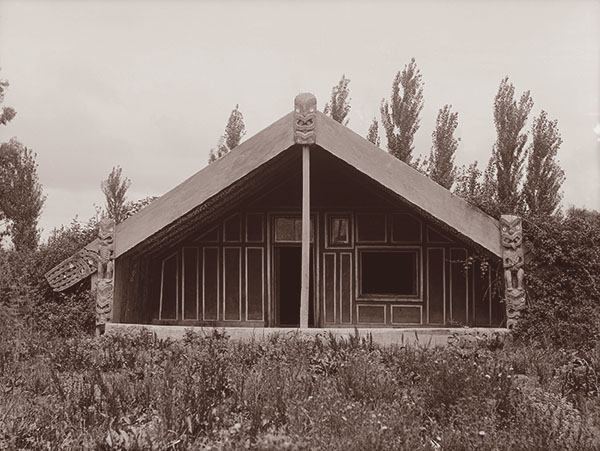 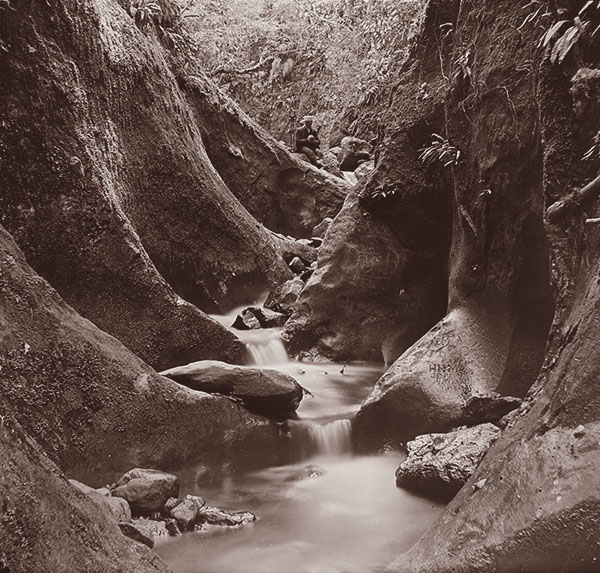 Gorge at Nichols Creek, a tributary of the Leith, Dunedin 189-?.

Totara bush in the Catlins district, Otago, showing the effect of the south west wind [...] 1906. 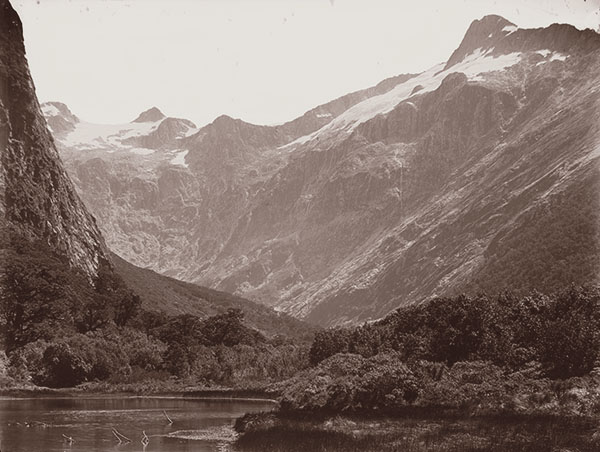 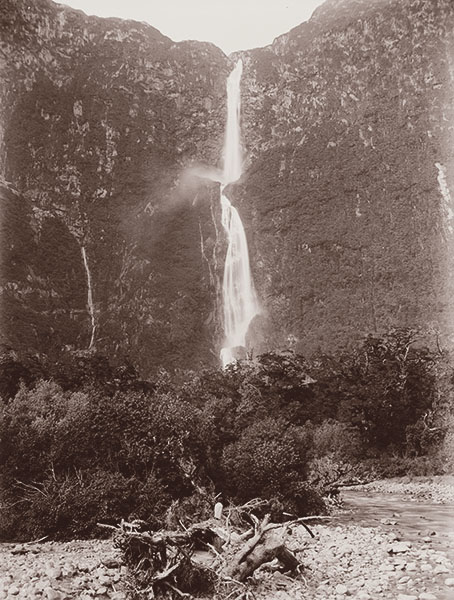 Young Country is a fresh and engaging exhibition that brings together nineteenth-century photography and contemporary poetry to offer a new and often surprising view of New Zealand’s past.

The images are the work of William Williams, a Railways employee who worked and photographed widely through the country. His outstanding photographs reflect the rawness of New Zealand’s changing landscape as well as its beauty, and offer intriguing and unusual portraits of family and friends at work, home and play. Their rich detail, striking composition and absorbing content come as a revelation to many viewers. This is work that encourages contemplation, and rewards getting up close, looking and re-looking.

Kerry Hines has researched Williams’s work and context and written poems to accompany a selection of his photographs. Some are presented here as text accompanying photographs on the wall, while others can be heard while viewing images in the DVD work that forms part of the exhibition. The poems are colloquial, vivid and accessible, and include imagined elements as well as drawing on the subjects and contexts of the photographs. Together, poems and photographs combine to create a work that is multi-faceted, immersive, and speculative, inviting reflection on how we envision our history.

Wayne Barrar – Hand-made albumen prints
Uniquely the exhibition features albumen prints made from Williams’s negatives by contemporary photographer Wayne Barrar. Most of Williams’s archive at the Alexander Turnbull Library is in the form of glass plate negatives and lantern slides, and scans of these would typically be used to make digital prints for exhibition. The hand-made albumen prints produced here, using nineteenth-century processes, not only yield beautiful tones and details (ideally suited to Williams’s work) but provide a similar material and visual feel to the prints Williams and his peers would have produced.
Albumen prints are rarely made today since the process is extremely complex, painstaking and time-consuming – including careful separation of egg whites for the albumen base, precise hand-coating of the paper to avoid bubbling, long exposures in UV light, and gold toning. On a few occasions albumen exhibition prints have been made overseas using ‘historic’ negatives, but it appears that Young Country may be the first time this has been done in New Zealand.

William Williams, though not yet widely known, is an outstanding photographer and his are some of the strongest and most informative images of colonial New Zealand I have seen. It’s rare to see such intimate images of domestic life in the period either side of 1900, not to mention clear, well-composed and forceful images of towns, harbours, trains, buildings (both Maori and Pakeha), interiors, landscape features, bush scenes, farms and the like, all beautifully rendered in historically appropriate albumen prints by Wayne Barrar.

Kerry Hines’ poems offer vividly various pictures of colonial New Zealand, both in its ‘male only’ and more domestic aspects. The poems are often dramatic in form and, though often fictional in character, draw imaginatively on the language world of colonial institutions such as courts and newspapers. The relation of poems to photographs is subtle and various – sometimes direct, sometimes oblique – and collectively they constitute a verbally adroit parallel universe to Williams’ images.

Young Country offers something fresh and unique in its combination of poems, historical images and contemporary albumen prints. While it will particularly appeal to lovers of photography, poetry and history (and offer an opportunity to draw in local communities of interest including creative writers, camera clubs, historical societies and genealogists), it will also engage a wider audience that enjoys work that is contemplative, rich in content, thought-provoking (and shot through with occasional humour).

The exhibition might also be integrated into school programmes for senior students, with potential to link to the senior secondary curriculum in subjects such as English, visual arts, art history and history.

The exhibition is accompanied by a 193 page hard-cover book, also titled Young Country, published by Auckland University Press in November 2014 (RRP $35). Book and show include substantially overlapping content, but each contains work that is not included in the other.

Depending on the presenters’ availability, there is potential for public programme events in association with the exhibition (such as a floor talk and/or poetry reading at the venue by Kerry Hines, and a talk on the albumen printing process and nineteenth-century photography by Wayne Barrar).

Background on the artists

The exhibition was shown at Mahara Gallery in November-December 2014.

Arts Commentator Mark Amery described Young Country on Nine to Noon as ‘incredibly rich, creative, immediate’ and as offering an unexpected view of New Zealand (in terms of both its landscape and social life).

In discussing the book on Saturday Morning, Greg O’Brien and Kim Hill referred to it as ‘extraordinary’, ‘a magnificent thing’, ‘very funny’, ’very insightful’ and ‘utterly fascinating’. O’Brien noted too that students of New Zealand history and photography would be ‘pretty amazed’ by Williams’s ‘remarkable images’.